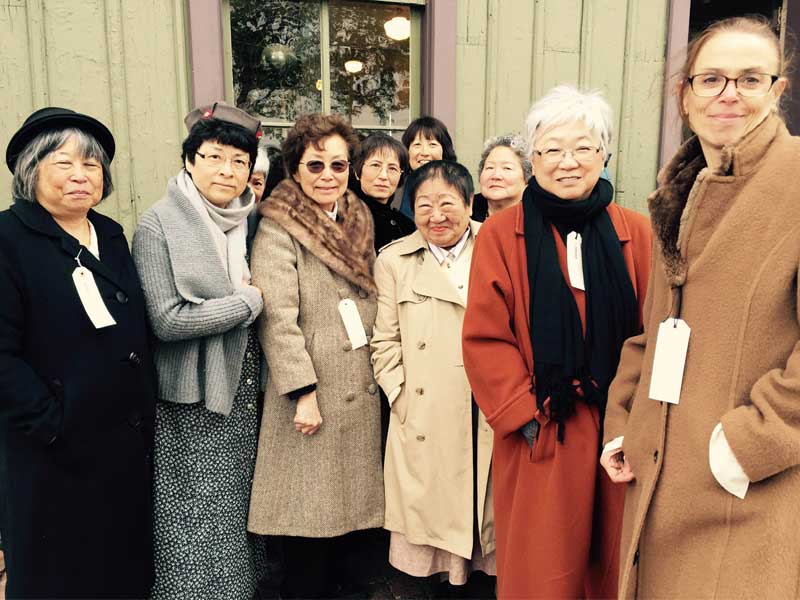 Producers usually aren’t on location when a team films a movie. However, the day we shot “The Orange Story” at the Illinois Railway Museum in Union, Ill., I had to attend to watch the process unfold. And it was incredible.

An early morning bus drove about 40 extras from the Midwest Buddhist Temple parking lot in Old Town to Marengo, Ill. Upon arrival, folks were teleported to circa 1940 through a quick stop at hair, makeup and wardrobe and, just like that, an entire world was created that looked nothing like 2016.

Filming is all about preparation and organization, and things go smoothly when everybody knows their role and executes with precision. And watching the day go by was like watching a well-oiled machine as our crew of outstanding professionals moved gear, set up shots, aligned props, instructed cast, prepared food and dealt with the inevitable unforeseen challenges that arise on a film shoot.

For the cast, there is a lot of downtime. And for an extra, it can be a very long day. However, on this shoot, something extremely awesome happened. Our cohort of extras, many of them strangers at the outset of the day, began to share stories of their connection to the history of Japanese- American incarceration during World War II, even relating it to today’s political rhetoric.

It was very special to realize that this project, unfinished, is already inciting discussion. At the heart of our efforts lies an intention to educate people about this history, and the broad lessons about civil rights for all Americans—not just Japanese-Americans.

The production of ‘The Orange Story’ has been awarded a federal matching grant but we have to raise a certain amount of private donations before that grant is released. To do this we have launched a “KickStarter” campaign and to add your support please visit Support the Orange Story or visit our website https://theorangestory.wordpress.com/. Every little bit helps and is greatly appreciated!