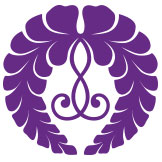 The Jodo Shinshu Hongwanji is one of 10 subsects of Jodo Shinshu (Shin) Buddhism , which was started by the descendants and followers of Shinran Shonin (1173-1263). Shinran Shonin revolutionized Buddhism by bringing the religion down from the mountaintop monasteries and making Buddhism available for ordinary people.

Shin Buddhism is a practice of Pure Land Buddhism within the Mahayana tradition of Buddhism (a form of Buddhism that spread from India to China, Mongolia, Tibet, Korea and Japan).